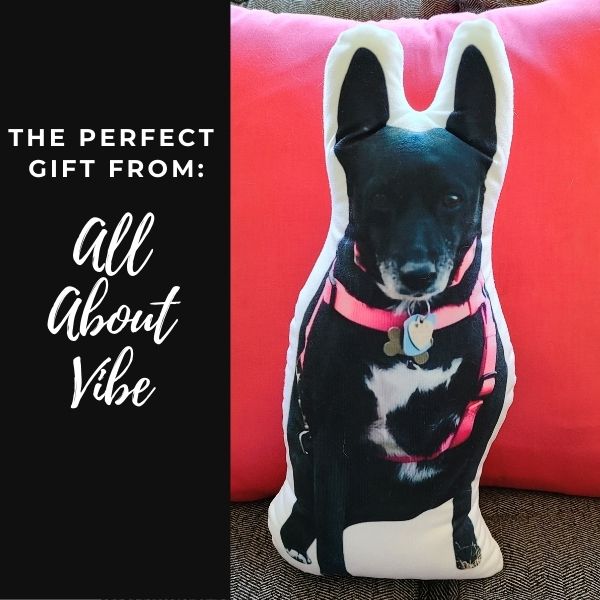 All About Vibe – Create Your Own Masterpiece

My husband just turned 40. He is the hardest person to buy for, because he thinks of something he needs or wants and just buys it. I struggle every holiday. One night I saw an ad for a product I knew he would never think of on his own. All About Vibe is the company who saved the day, and was his absolute favorite birthday gift this year.

July 2015, we had finally decided to take a huge step and add to our family. We saw a puppy on our local rescue’s website that was just too cute to pass up. The day before we were going to the shelter to see him, Matt spotted a video they posted. A 10 year old Chihuahua mix who had been there for a month, a staff favorite, who was continually passed up. My guess being due to her age.

He was adamant that we were coming home with this dog. We printed the information from the shelter’s site on both dogs that we had been keeping an eye on.

The next day we went to the shelter, met both dogs individually, and then introduced them to each other. They ignored each other, sniffed, and continued on. The shelter said that was great, there was no tension between them. We were approved to adopt both, and became a family of four.

The shelter named her Nellie, and it was just so fitting, we kept it. The other pup, also named by the shelter, is called Rudy. He was estimated to be between 6-12 months old at the time of adoption.

These two gave us so much love over the years. They’ve gone on multiple road trips across the country and back from California to Pennsylvania and California to Kansas. The Grecobonpups have even taken a morning walk on the Vegas Strip.

We even had family photos taken with them on more than one occasion.

In February 2018, we added another to the group. Another rescue, he was scheduled to be euthanized very soon. Originally a weekend foster, within hours we knew this pup would be ours forever. Named Brody by his previous family, we call him Fritz.

Though fearful at first, Rudy and Nellie taught Fritz that our house was a safe zone. Pretty soon they were a trio of best friends who rarely left each other’s sides.

Discovering All About Vibe

After a month long illness that her 14 year old body just couldn’t tackle, even with the best medical care and all the love in the world, Nellie crossed the rainbow bridge in August of 2019. We had adopted her 4 years and 1 month prior to her death.

Matt had never had a pet before, aside from a beta fish in his 20s. We were both distraught, but I think him even more so. I’ve loved and lost so many pets over my lifetime, who will always remain with me. Nellie was his first. She was so smart and the best cuddle buddy. Well, the best when she wanted to cuddle.

I had been browsing online for weeks trying to find the perfect gift. It was then I saw an ad for All About Vibe. This site brings your vision to life and creates customized pillows. From beloved family photos to children’s drawings to customized wording on a pillow for anyone on your list. What drew me in were the pet pillows. I was going to have them make me a Nellie pillow!!!!

The Perfect Photo of Nellie

I knew exactly which photo I was going to use. This was a favorite of mine from when we had photos taken in 2016:

One of her legs is hidden by the grass and leaves, but this photo best showed her beautiful little face. Does this photo look familiar??

I created an account, uploaded her picture, approved a first draft of the pillow and sent notes via the comment box. The site, upon uploading the photo, saw her leash as part of her. Understandable since they’re the same color.

Next was size choice. They have a variety of sizes available, for this particular pillow I went with the 18inch pillow.

After everything was confirmed, I entered my payment information and address and made my purchase. I received a confirmation shortly thereafter. A few days later I received a status update.

A few weeks later I got my shipping notice. These are individually made, and there were obviously others ahead of me who had ordered.

The day finally came. I started by giving him some computer related items I knew he wanted. Following those were a snack basket with some salty snacks I know he hadn’t tried yet but would be interested in. Finally…. I handed the pillow package over.

He cried immediately. “I LOVE IT!”

All About Vibe did NOT disappoint.

The pillow is beautiful. It is very soft, and upon inspection, looks to be very well well put together. At a reasonable price point and pretty quick shipping for a customized item, we will treasure this pillow for a long time to come.

Our Nellie pillow resides on our dresser, out of the way of her chew happy brothers. I did set her up here for a nice photo shoot.

Order Your Own All About Vibe Pillow

What creation will you come up with? If you do order a custom creation from All About Vibe, post it in the comments to show off your item!

Connect with us on Social Media

Here are some other products we think you may enjoy!